Jasper is one of the helpers at the Jura Kids Camps; he is a fantastic runner. Also know as “@Veganrunner_Jasper” on Instagram, here’s his story about the New York Marathon.

Before I explain how I trained for the New York City Marathon I must mention my sporting and running background. I have been into sports my whole life. I was lucky enough as a child to try out lots of different sports such as grass hockey, rugby, football, fencing, water-skiing, skateboarding and many more! These sports were a perfect base for my running, developing muscle strength and aerobic fitness. So naturally as I started running I had elements of speed and endurance!

I got inspired to run because of my father who ran regularly a few years ago. Every year he would sign me up for a race in Geneva known as the ‘Course de l’Escalade’. I would take part in group training runs during the weekends leading up to the race. It wasn’t until 2013 that I decided to train for the race by myself. After the race, I surprised myself by coming in 22nd place out of 322 runners in my age category! That is when I realised I had a passion and some talent for the sport. After entering a few more races including 10ks and a half marathon I decided I was going to sign up for a marathon! My father had run one marathon before which was the first ever Geneva Marathon in 2005 so I decided that was the marathon for me to do! I was 17 at the time but the race took place 2 days after my 18th birthday so I was able enter! My father ran the marathon in a time of 3:14:01 so my goal was to beat his time! 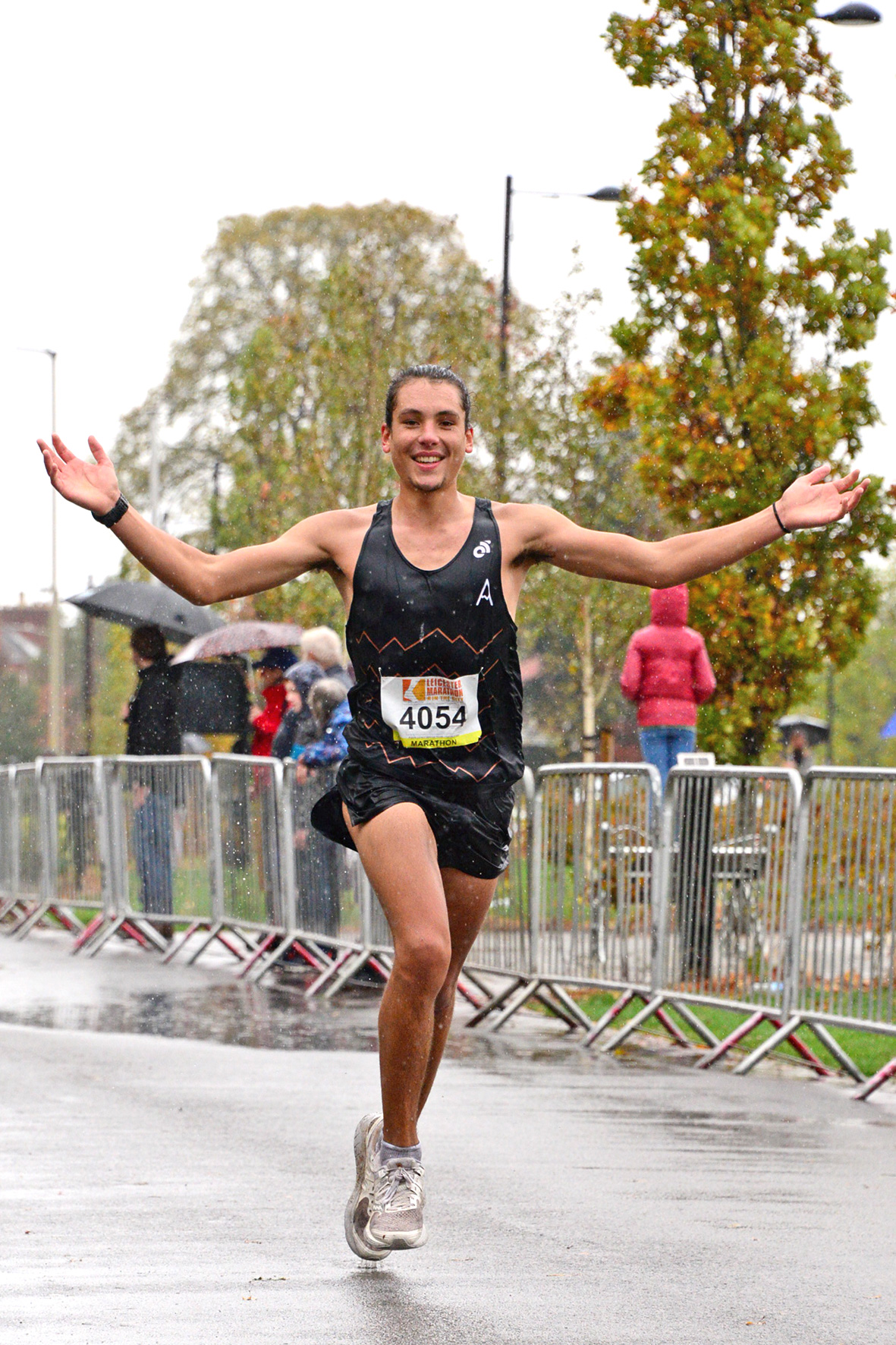 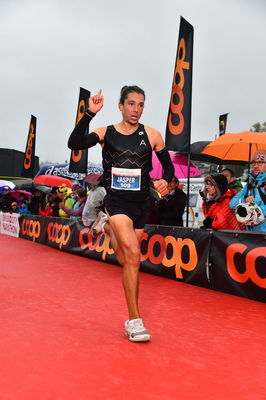 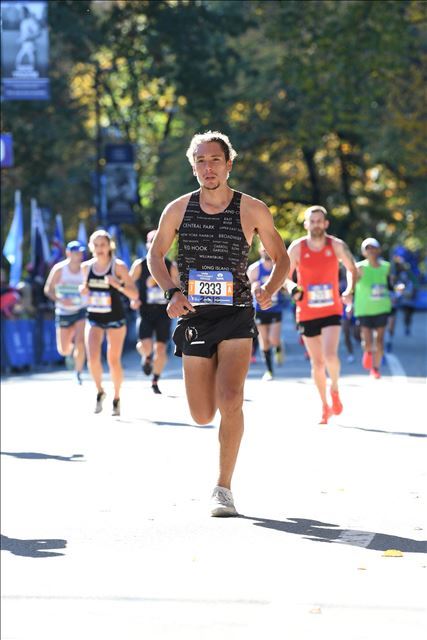 I found a basic training plan online and followed it religiously. I would wake up early before school to get a run in and go for my long run every weekend! As my training went on, I felt confident that a sub 3 hour finish would be possible.  On race day, I began running with the sub 3 hour pacer and stayed with him until km 16. After that I took the risk to increase the pace but it paid off as I ran a negative split and finished the race in a time of 2:54:54! From that moment on I was hooked. I started running every day no matter what. I entered loads of races each year and improved my times over all distances. I discovered trail and ultra-running as well as middle distance running. I built up my weekly running distance to 160-240km and included speed work too!

The reason why I ran the New York City marathon this year was to raise funds for the National Autistic Society in the UK. Autism is a hidden disability. It affects over 700,000 people in the UK which is more than 1 in 100 (Brugha et al., 2012). Autistic children face many problems in school from being bullied to being expelled and many parents of autistic children believe that their schools do not offer enough support (Reid, 2011). One in three autistic adults are not getting enough support which can lead to severe mental health problems (Rosenblatt, 2008). The disease, however, is incurable but charities like this can make enormous differences in people’s lives!

My training strategy for the New York City Marathon was inspired by Yuki Kawauchi, a Japanese marathoner who enters many races each year. Yuki holds the world record for most career sub 2:20 marathons (81) and races on average a marathon every month! In the lead up to the race, I entered a few half marathons, a marathon and a 50k which I used as tempo workouts and long runs. I also planned some key speed sessions and long runs alongside the races. A huge benefit to my training has been Parkrun which I only discovered a year ago. Parkruns are a weekly timed 5k run in parks all over the world on Saturday mornings. I use these 5ks as a time trial on Saturday mornings and they have helped me improve my speed and running economy. One of my build up races for New York was the Leicester marathon in October which had hills similar to New York City. The weather conditions were wet and cold which I love for running! My finishing time was 2:55:49 which I was quite pleased with considering I hadn’t run a sub 3 hour marathon since 2015. Another lead up race was the Lucerne Half Marathon which had similar conditions to Leicester and I ran my personal best time for the distance in 1:16:37. A large percentage of my training was at a very easy pace which helped me run a lot of kilometres per week and recover from races and speed work. 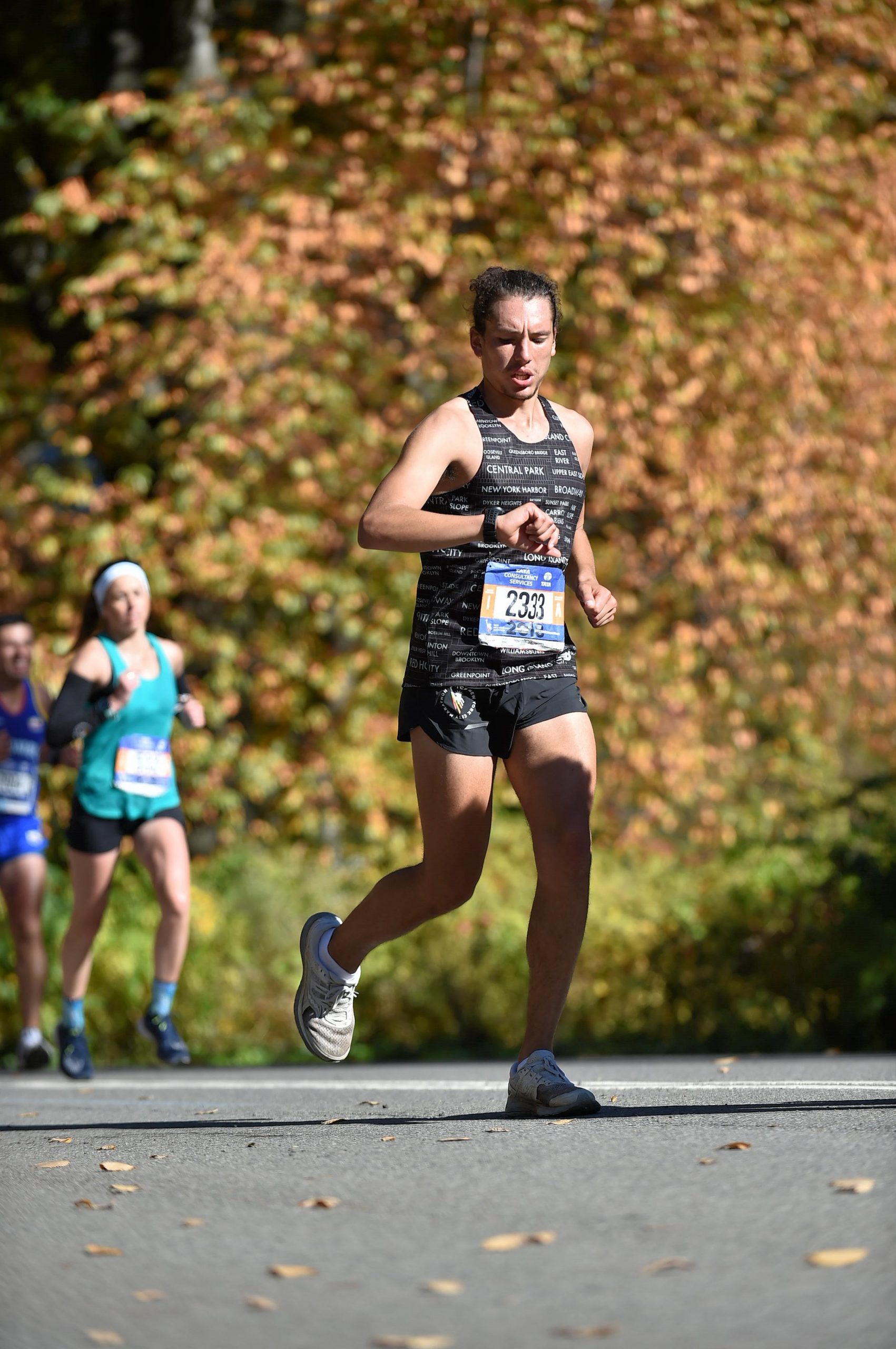 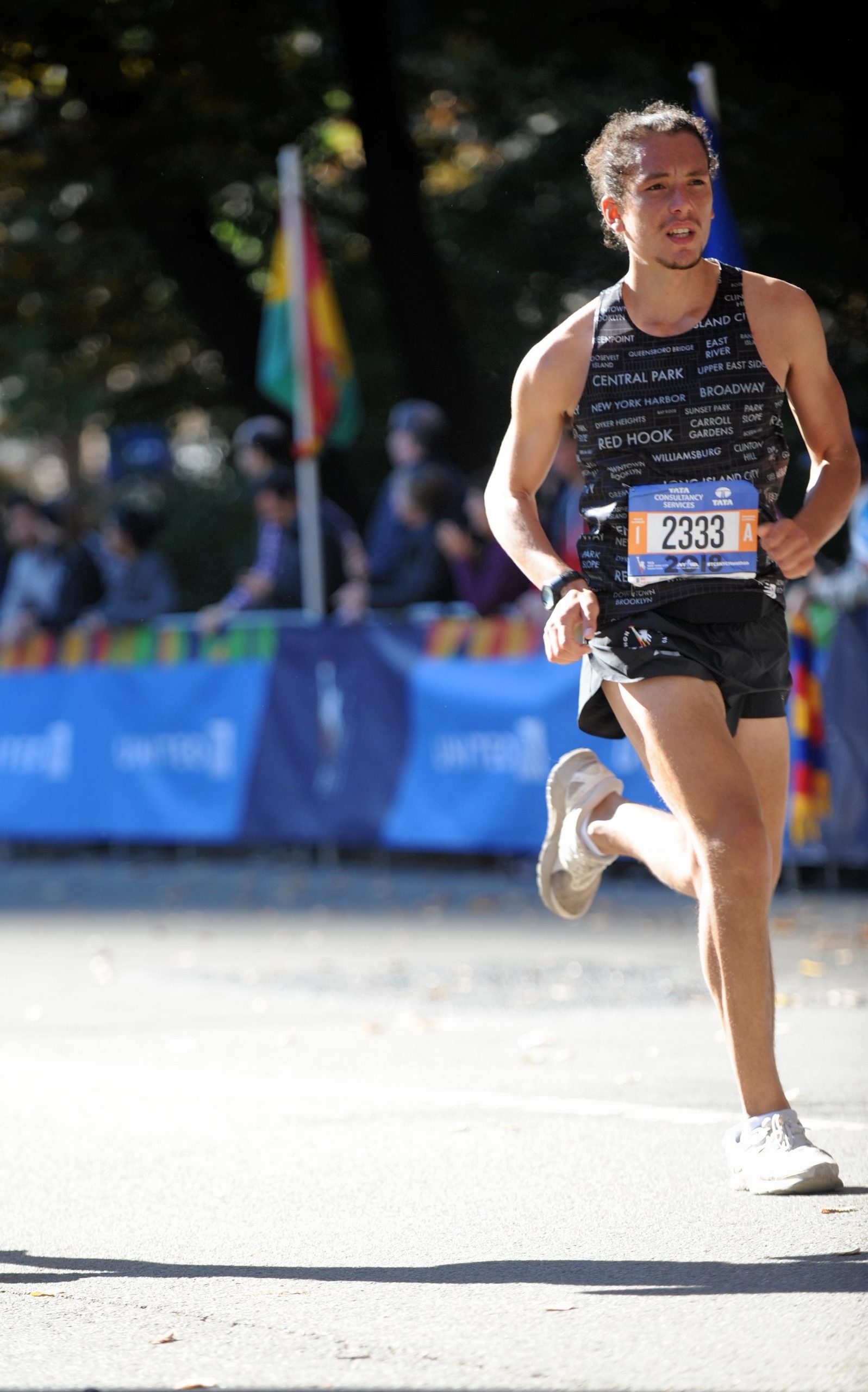 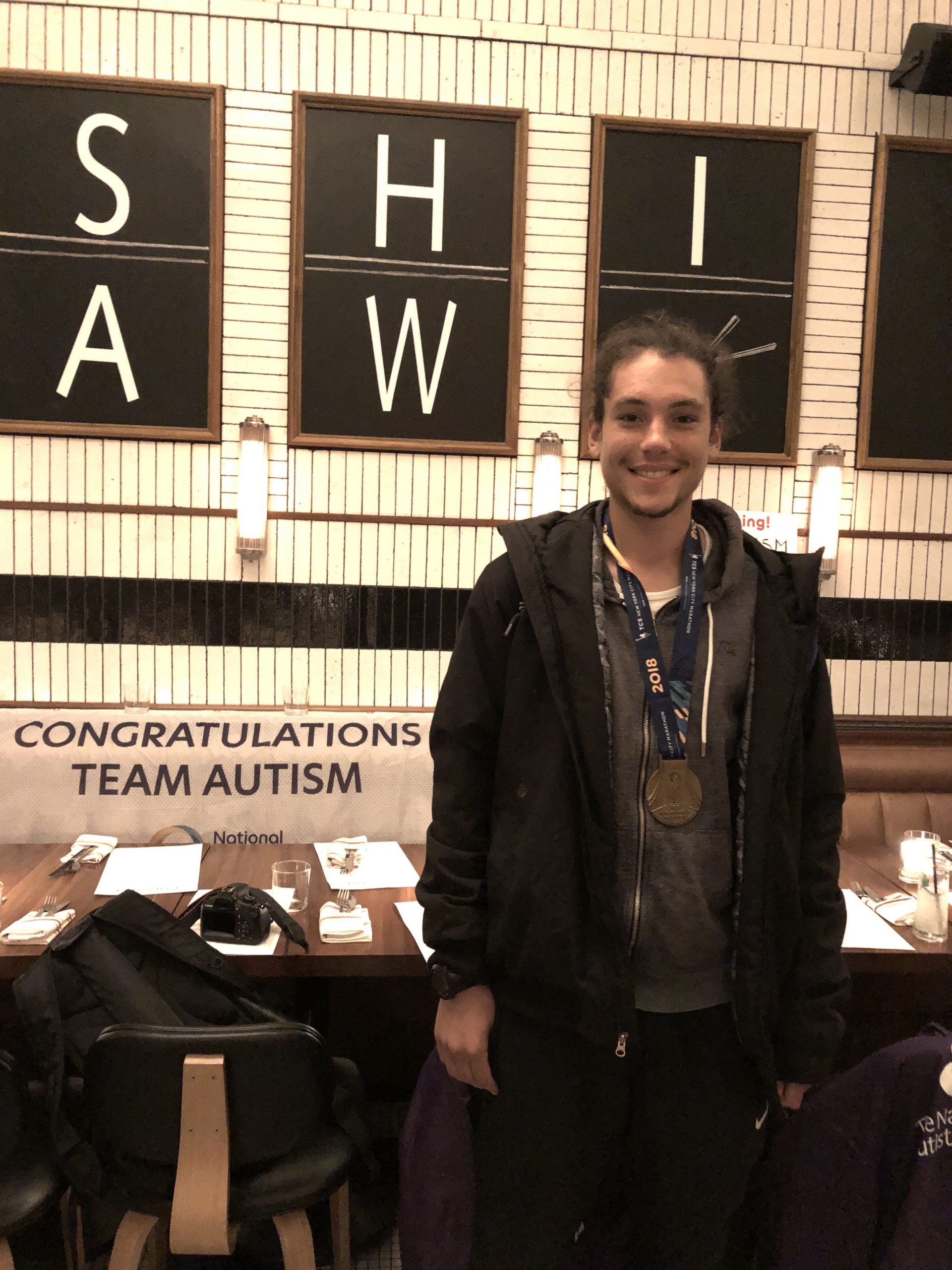 The conditions for the New York City marathon couldn’t have been better! It was about 10°C, sunny, blue skies and no wind! I had been told by people who had run the marathon before that the course was quite tough as there were lots of hills and tall bridges to cross. Despite the hills, I set a goal for myself to finish in 2 hours 45 minutes or better.

I began the race slightly faster than goal pace as I got a little carried away by the crowd and perfect weather! I then thought that a sub 2:40 finish would be possible! I reached the halfway mark in 1:21:05. New York is a special marathon because there are spectators on the whole course except for on the bridges. My favourite part of the race was coming down the bridge before mile 16. Whilst running on the bridge all you can hear are runners’ footsteps and breathing. As you run down the bridge into Manhattan you can hear the crowd from the distance. When you come off the bridge and turn around the corner the crowd is screaming and it gives you a huge energy boost! I remember seeing the clock at mile 16 which showed 1:39:XX and I thought to myself that I could run the last 10 miles in 1 hour and finish in 2:39:XX. I can comfortably run 10 miles (16.1km) in an hour but I’d never done it after having run 16 miles (25.7km) and with no rest. I held the pace for 2 miles then realised that that pace was unrealistic at that point. The last 10k had lots of rolling hills making it even more difficult to hold the pace. At that point, I knew my original goal of 2:45 would not be possible so I then changed my goal to sub 2:55. My legs were hurting a lot but as I entered Central Park I knew I only had 2 miles to go! I gave everything I had left in the last kilometre to finish in a time of 2:54:46. I cannot say I was disappointed with my time because I believe that neither my training nor race strategy were optimal. I feel very lucky to have taken part in the biggest marathon in the world and would love to run it again in the future!

If I were to change something in my training and race strategy, I would include more runs at goal marathon pace and stick to goal marathon pace during the race! My next big race is the Nottingham Christmas Marathon in December where I would like break 2:40! This race takes place around a 5-kilometre loop so runners must run around the loop 8.5 times! The course will not be as interesting as New York City but it is completely flat so ideal for a new personal best! 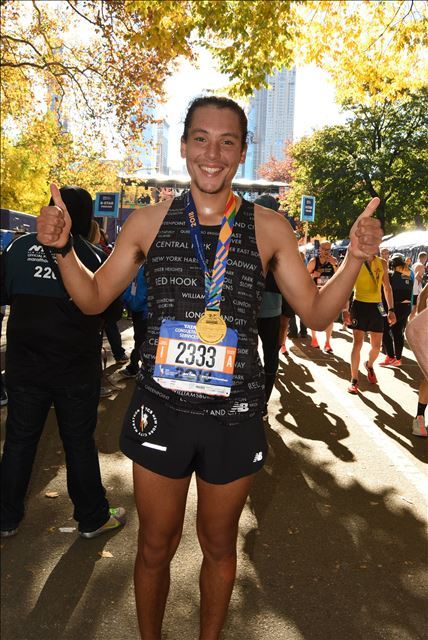 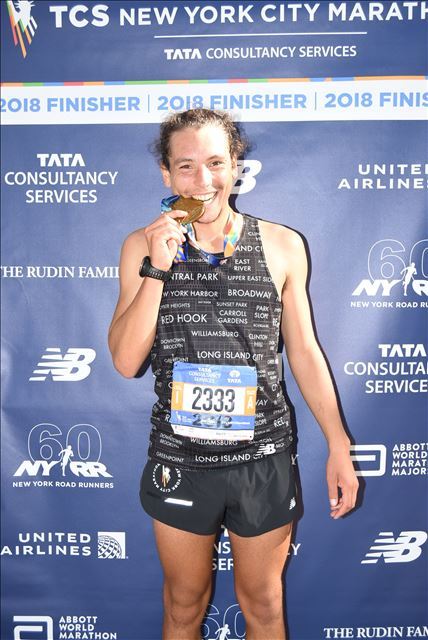 Help Jasper raise money for the National Autistic Society in the UK !

If like Jasper you want to prepare your next challenge such as a marathon, contact me at thierry@jurasports.com and find out more about our running coaching programs.